John Cena is one of the wrestlers who is inexorably tied to WWE. Having made his WWE debut back in 2002, Cena has ruled over the WWE roster for the past 16-plus years. Now having moved into a part-time role, where he is focusing on his acting career, Cena looks like he will be retiring soon. However, throughout his time in WWE, Cena has proved that he is one of the greatest superstars of all time, despite the polarizing effect he may have on fans.

In this article, we will be looking at some of the more rare John Cena photos from his career in WWE.

The Champ (Dancer?) is here 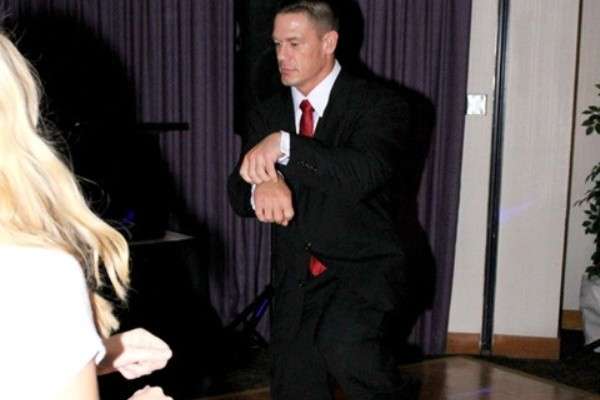 John Cena may be well known for his run in WWE as the Doctor of Thuganomics, he is certainly not famous for his skills as a dancer. However, when he went to his then-Girlfriend Nikki Bella’s high school reunion, he decided to throw down on the dance floor. Thankfully, TMZ was there to take a photo so that we could all share the moment that Cena decided to let go. 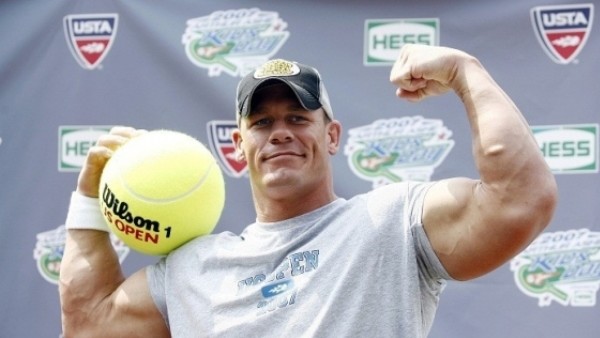 There is little that John Cena has not done over the length of his extraordinary career to promote WWE. During one such occasion, Cena represented WWE in front of the US Tennis Association.

John Cena and his ex-wife 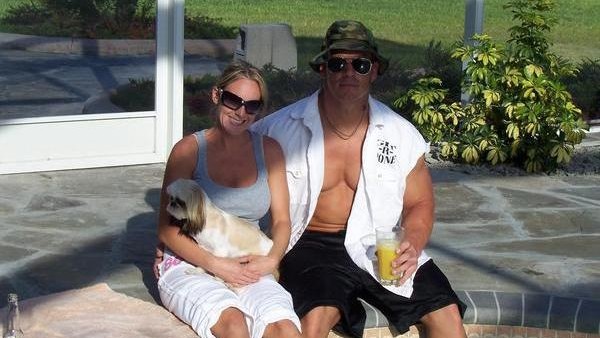 Fans are often encouraged by WWE to forget that one of their top stars was married before. While shooting Total Divas, Cena’s previous three-year marriage with high school sweetheart, Elizabeth Huberdeau was hardly ever mentioned. Especially, the fact that the marriage ended because Cena cheated on her. In this photo, it shows a happier time with Cena sitting with his wife at poolside. 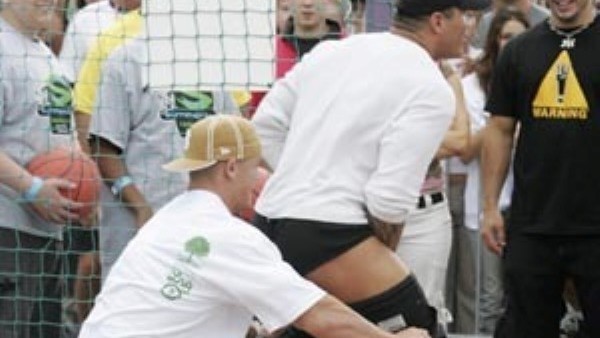 During a promotional event for WWE SummerSlam in Toronto in 2004, Randy Orton and John Cena were at a basketball event. Not pleased with how things were going down and to play a prank on his buddy, Cena pulled down Orton’s pants. This is definitely not a picture Cena or Orton wants well known.

John Cena and the bearded phase 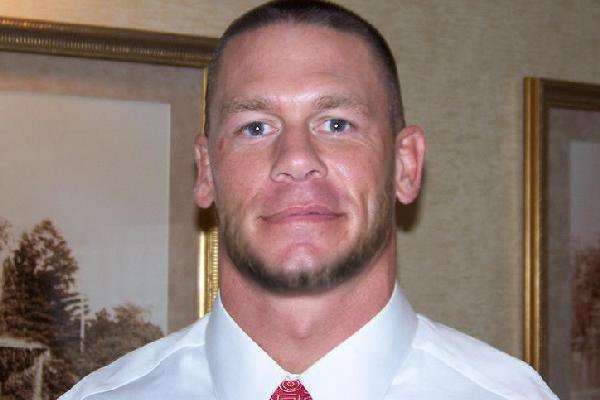 John Cena is known for being one of the most clean-cut wrestlers to walk into WWE. At no point of his on-screen career has Cena ever sported a beard for the company. This picture must have come during one of his times away from WWE. 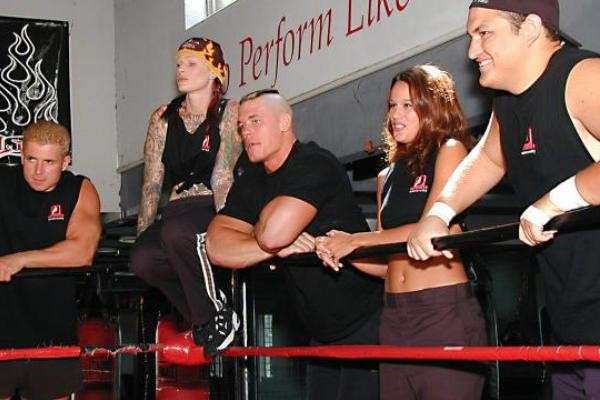 There was a time when John Cena did not work for WWE as hard as that is to believe. During such a time, he was actually beginning his professional wrestling career in a promotion called Ultimate Pro Wrestling. In this picture, he is with Samoa Joe, who was also a part of this promotion. 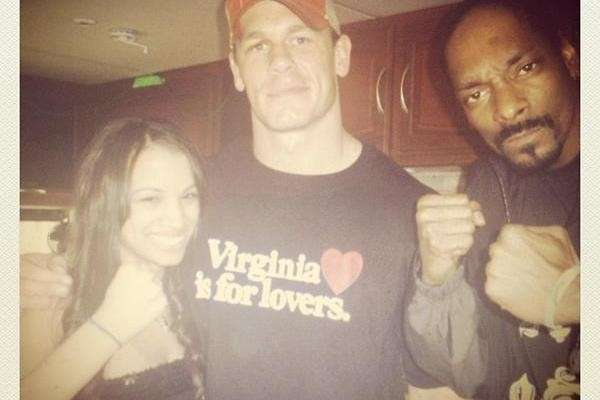 Cena had the gimmick of a rapper in WWE for a long time. During this time he was the Doctor of Thuganomics. In this picture, he is he shown with another man who happens to be a rapper — Snoop Dogg. Also in the picture is Sasha Banks, Snoop Dogg’s cousin, way before her WWE debut. 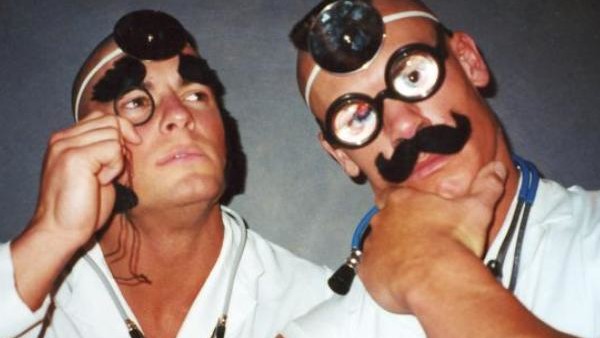 Another picture of John Cena with facial hair. Thankfully, this time the hair is at least fake. This photo seems to be from Halloween.

John Cena as a child 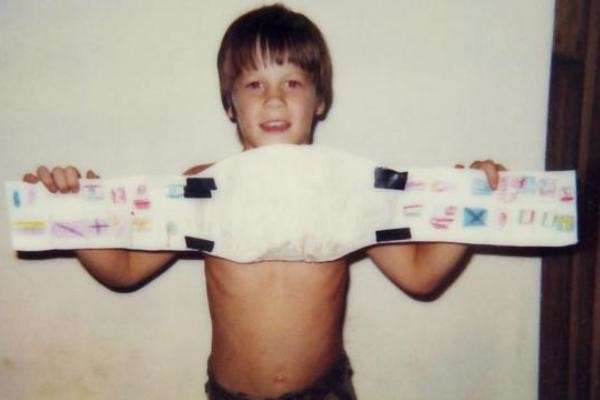 If there is a picture which proves Cena always had wrestling on the brain it is this one. Even as a kid, Cena had a belt and posed with it in this picture. Little did he know how apt this picture would be for signifying his WWE future.

While never a prospect for the NFL, John Cena has often talked about how much he loves Football. This is a picture of him from his days of playing college football at Springfield College in Springfield, Massachusetts.